So… I might have made a little bit of progress. I have to blather a little bit here because it turns out my site theme will fail to show the image below on the front page but not even put in the automatic “Read More” link for reasons I have yet to discover, but I’m hoping that when you click said link and the picture is revealed in all its glory, you will agree that this pointless text here will be worth it.

I think it looks pretty OK myself. 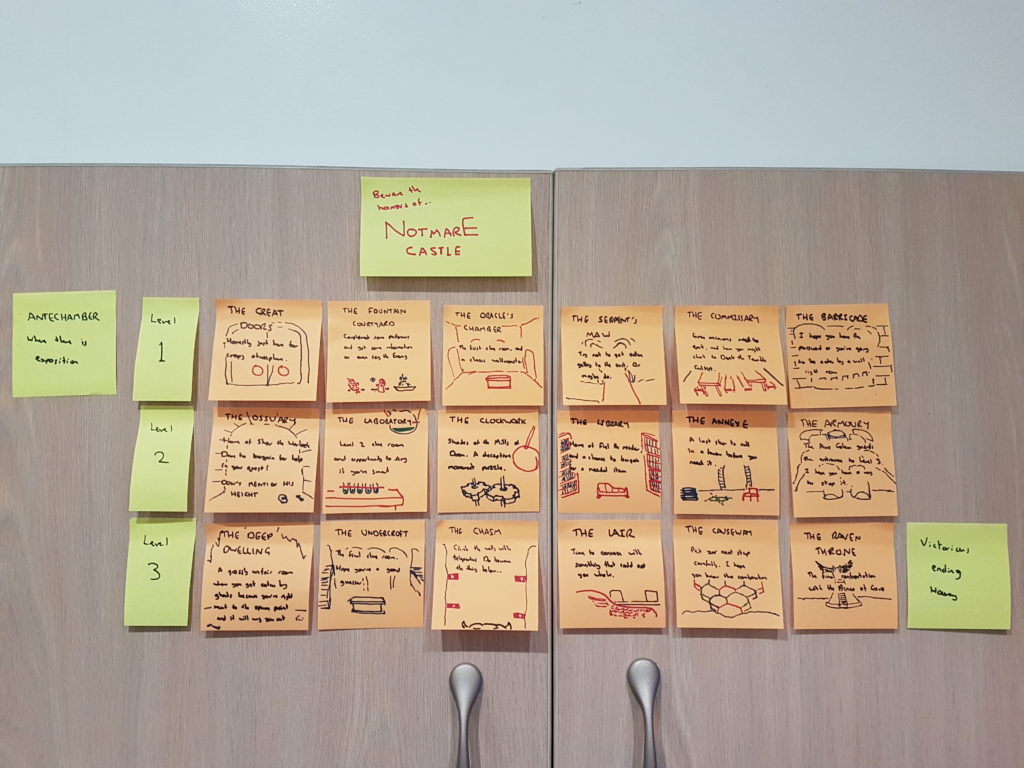 What the hell was in my coffee

So, two things you’ll notice if you saw the previous version of the plan. One is that every single room is now filled in. Given that it’s two days since my last post and I went to bed early last night, this is what one might call making some headway. The other is that there are now six rooms on each level. This turned out to make everything flow better; I tried to squeeze some decent level flow into five rooms per level and it was too cramped (for example, there wasn’t enough space to complete the quest-within-a-quest on level 2 and for you to suffer consequences in a final room if you failed it).

I know what everything is, and I also know how they inter-relate; what rooms contain information or items that are necessary to complete areas later on, key objects and choices the player will have to make. There’s still some refinement to do, but now comes the hard part – starting on designing the “paragraph” paths for each individual room. That’s a lot of flowcharts.

Good job I started on that too. 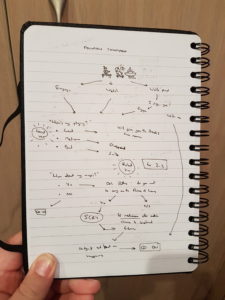 I think this by itself is sufficient content for a post, and you can examine the high-res version of the Plan if you really want, but now I need to lie down and hope people don’t think I’m an axe murderer in work tomorrow, because my hands are covered in red marker.